WHAT is BJJ and WHY Should I Practice It?? 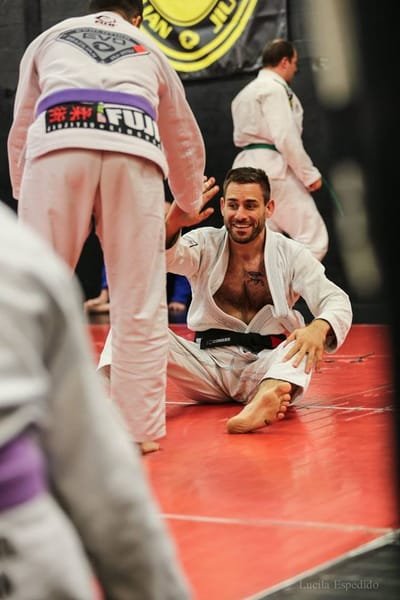 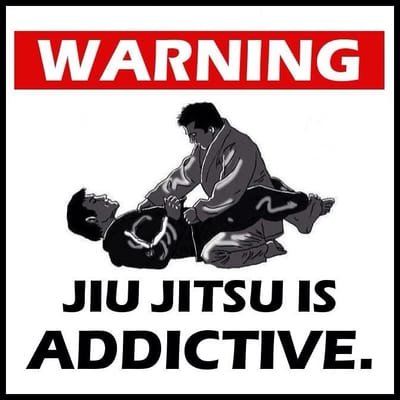 BJJ is a grappling-based martial art whose central theme is the skill of controlling a resisting opponent in ways that force him to submit. Due to the fact that control is generally easier on the ground than in a standing position, much of the technique of Brazilian Jiu-Jitsu (BJJ) is centered round the skill of taking an opponent down to the ground and wrestling for dominant control positions from where the opponent can be rendered harmless.

To control and overcome greater size, strength and aggression with lesser size and strength is the keynote of the sport. This is done by utilizing superior leverage, grip and position upon your opponent. Students of the sport gain a deep understanding of the workings and limits of the human body.

This knowledge can be used to subdue and control an opponent with whatever level of severity the student chooses. The path to this knowledge is physically and mentally demanding. Students benefit from greatly increased physical fitness, problem-solving ability, self-knowledge of their body and mind and the many social benefits of working within a large group of like-minded fellow students as you learn and have fun together.

Many students first learn about jiu jitsu through the great popularity of mixed martial arts (MMA) competition, where Brazilian Jiu-Jitsu technique is very prominent. Indeed, the beginnings of the contemporary MMA competition were largely tied up with proving the combat-efficiency of Brazilian Jiu-Jitsu. The practice of Brazilian Jiu-Jitsu as a sport, however, is strongly separated from MMA. Daily classes do not feature kicking or punching. The focus is on safe grappling technique that can be done on a daily basis with no more fear of injury than any other contact sport.

Classes at the academy are taught all day six days a week. They feature a strength and endurance building warm-up, followed by demonstration and practice of techniques after which students engage in live wrestling with other students of their own level. It is a truly demanding workout with a strongly cerebral aspect and a sense of purpose and skill that will truly capture your imagination. Come down to the academy. Come take a look at a class or better yet, take one of the introduction classes. We are confident that jiu jitsu will become one of the most cherished and enjoyable aspects of your life. It will give you a confidence, knowledge and body-dexterity and fitness that few people will ever know.

The Hidden Benefits of Brazilian Jiu Jitsu
Brazilian jiu jitsu is more than just a sport. It’s more than a martial art. It’s a way to change your life. You hear a lot of people talk about the jiu jitsu lifestyle, but what does that mean? Does it mean you train all day? Does it mean you surf and then head to class? Brazilian jiu jitsu’s benefits go beyond anything you can see. Often it’s the things you can’t see that have the biggest impact on your lifestyle.

Walk into any academy and talk to some of the students who have just started training Brazilian jiu jitsu and ask them what it’s has done for them. Most respond with things like, “I lost so much weight,” or, “My body is so much more flexible now.” Some talk about how much strength they have gained or how they are in better shape. The fact that Brazilian jiu jitsu will change your body cannot be denied. You can physically see your body changing with every day or week. What you can’t see is the improvements in your overall health as a result of training.

Everyone associates exercise with a look. People want to look a certain way. You won’t likely hear many people say, “I workout so I can lower my cholesterol.” The only people who say that are the ones who went to the doctor and found out they have high cholesterol and need to exercise. BJJ is no different. Students rarely walk through the door looking to improve their blood sugar, but I always tell people the best part about exercise is the stuff you can’t see. Keep this in mind when you get frustrated training. No matter how many times you got submitted, you are still doing something positive for your health.

On top of that, BJJ teaches you how to use your body as one unit. In our current society where most of the day is spent sitting, driving, or working at a computer, the body develops some strange and unnatural movement patterns.  The body awareness that BJJ teaches you is priceless. With an increase in body awareness, strength and mobility will soon follow. You can’t see improvements in strength on the mats necessarily, but in the weight room you can see the numbers on your lifts increasing. On the mats it’s harder to see, but it’s something you can feel. Improvements in mobility show up during techniques and drills that at first were difficult to complete but now you are able to move your hips better. Improvements in mobility will keep you on the mats training for a long time.

Beyond any physical improvements that come as a result of Brazilian jiu jitsu are the mental improvements that are often overlooked. First, the process of learning a technique requires as much mental activity as it does physical. In order to learn a technique you must practice it over and over. You study the technique just like you would a subject for school, and then learn to apply it. Learning to apply the technique can be the most challenging part. When attempting a new move during live rolling or drilling it can be difficult to complete. In order to improve you must keep attempting the technique over and over again. Then drill it some more and try again for months, sometimes years before you start catching people during rolling.

If you are the type of person that when things get hard you get frustrated and quit, BJJ is not your sport. In life when things get frustrating do you walk away or keep pushing forward? Just like learning a technique, if you quit you will never learn. This is true for any goal. On the path to reach that goal there are going to be times of frustration and if you stop you will never reach the top.

One of the hidden benefits of BJJ is what the struggle of learning, drilling, and rolling does for you. Walking into a class after spending months learning a technique, attempting it, and being crushed by everyone is not a good feeling. What is a good feeling is walking in the next day and trying it again. The mental strength to keep pushing even when things are not going your way will show up in other areas of your life outside of the gym.

And things don’t always go our way, in the gym or in life. Everyone has stress in their lives. It’s how we deal with the stress that is important. BJJ is a great stress relief. After a long day at work or school, you can walk into the academy and everything goes away. The last thing you want to think about when someone is trying to armbar or choke you is your bad day at work. BJJ requires focus. When your instructor is showing technique, if you are not paying attention you could miss a key detail. That key detail could be the difference between completing the move or getting your guard passed.

Another benefit is that training allows for you to “let your anger out.” During rolling and drilling you can take that anger and built-up frustration and release it on the mat. Roll hard. Let it out. You will find after an intense rolling or drilling session you will feel better. Use the academy as an outlet. It’s one to two hours where the time is yours. No one is going to be asking you about your bad day at work while rolling. Training time is your time.